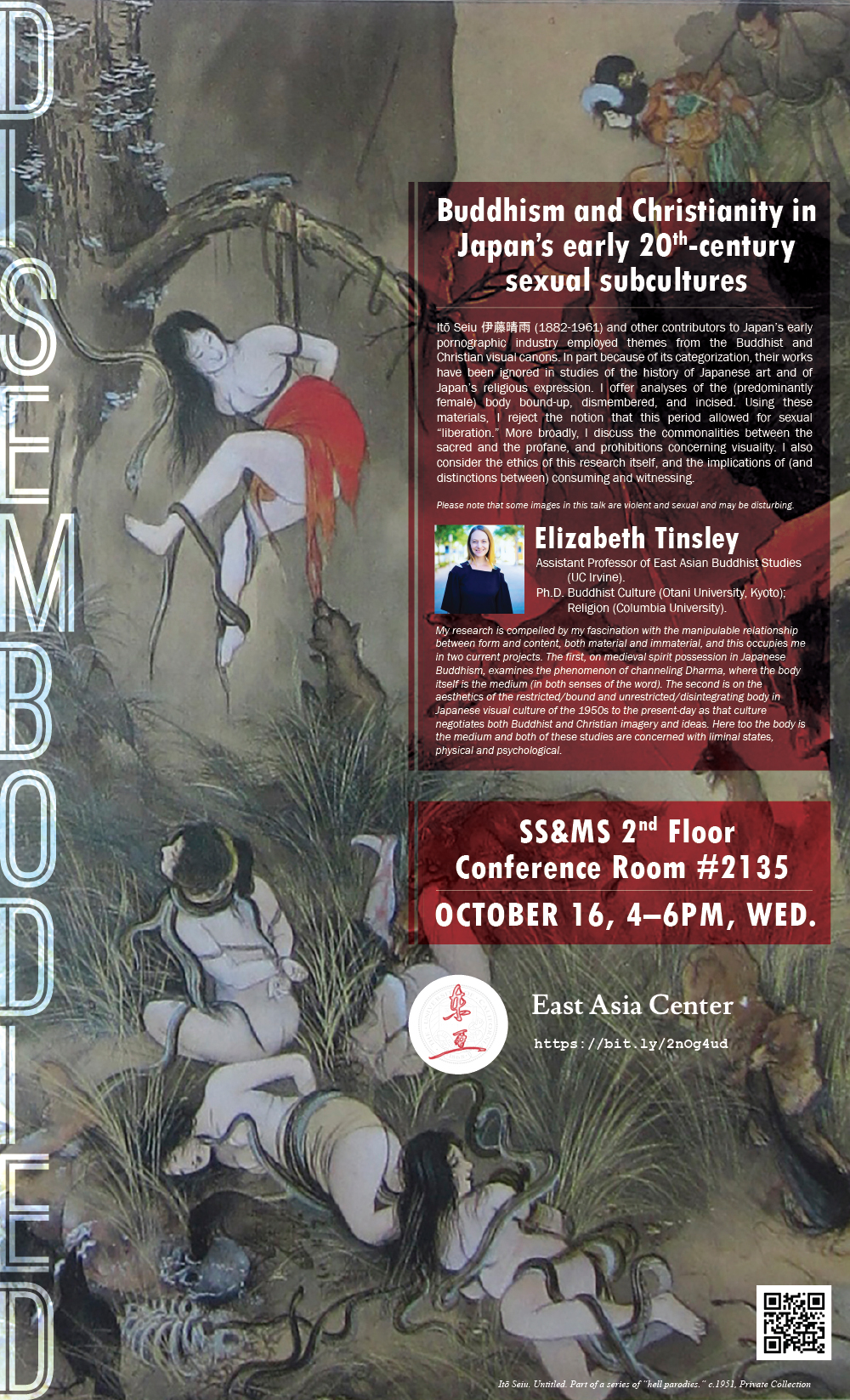 Itō Seiu 伊藤晴雨 (1882-1961) and other contributors to Japan’s early pornographic industry employed themes from the Buddhist and Christian visual canons. In part because of its categorization, their works have been ignored in studies of the history of Japanese art and of Japan’s religious expression. I offer analyses of the (predominantly female) body bound-up, dismembered, and incised. Using these materials, I reject the notion that this period allowed for sexual “liberation.” More broadly, I discuss the commonalities between the sacred and the profane, and prohibitions concerning visuality. I also consider the ethics of this research itself, and the implications of (and distinctions between) consuming and witnessing.

Dr. Elizabeth Tinsley‘s research is compelled by her fascination with the manipulable relationship between form and content, both material and immaterial, and this occupies her in two current projects. The first, on medieval spirit possession in Japanese Buddhism, examines the phenomenon of channeling Dharma, where the body itself is the medium (in both senses of the word). The second is on the aesthetics of the restricted/bound and unrestricted/disintegrating body in Japanese visual culture of the 1950s to the present-day as that culture negotiates both Buddhist and Christian imagery and ideas. Here too the body is the medium and both of these studies are concerned with liminal states, physical and psychological.