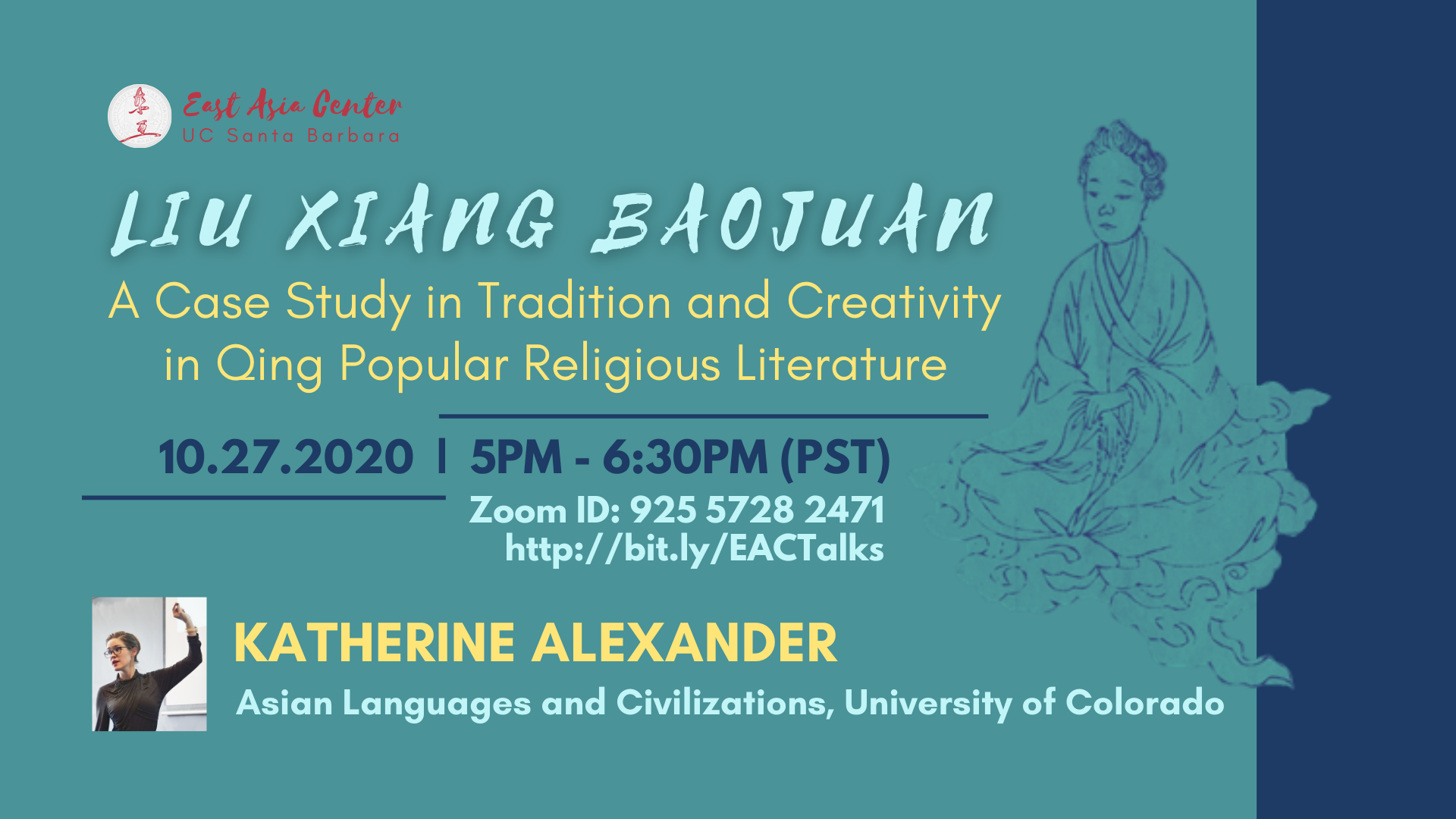 Liu Xiang baojuan was perhaps the most widely reprinted precious scroll of the late Qing.

In this talk, I propose a critical reassessment of this understudied text by focusing on features of its narrative style and structure that enhanced both its promotion of lay Buddhist practices and its entertainment value. Between scenes of moralistic instruction come dramatic instances of shocking violence, ironic humor, and romantic intimacy. In doing so, I depart from earlier treatments of the text as a repository of premodern Chinese female misery. Instead of reading Liu Xiang as a story that reflected the plight of female audiences, can we read it as a story that brought its Qing audiences pleasure, both in their piety and their need for a good tale?

Bio: Katherine Alexander‘s research addresses popular religious literature and culture in Jiangnan during and after the Taiping War. Many caught up in the turmoil believed the destruction to be heaven-sent judgment for society’s ills. The perceived high stakes of moral reform – averting future disasters and shoring up the Qing against collapse – made for a fertile environment in which vernacular morality literature like baojuan proliferated. Her research also explores the role of religion in supporting or destabilizing the state and prescriptive moralities aimed at female audiences.

There are no upcoming events.