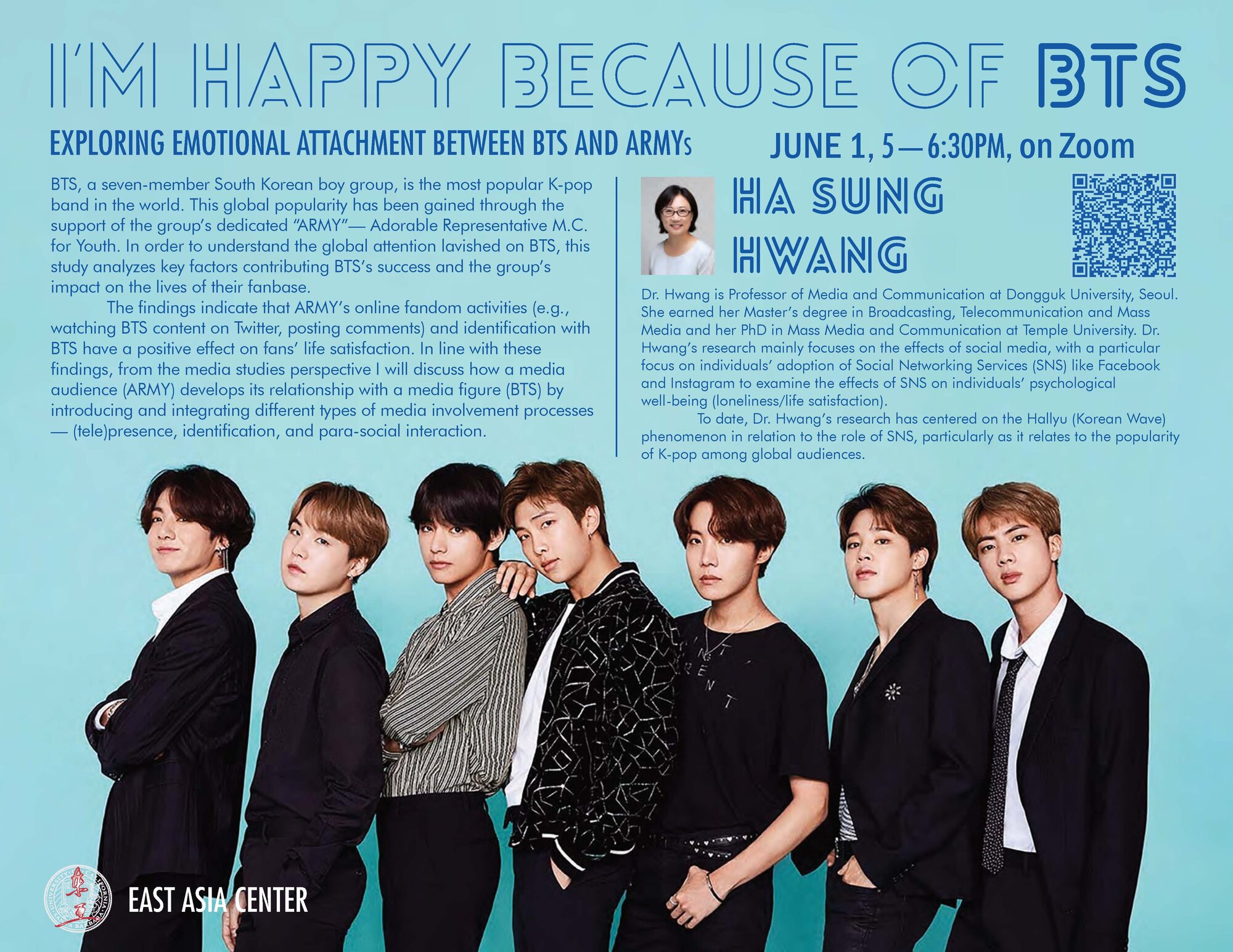 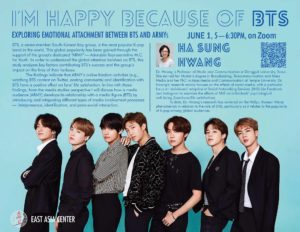 BTS, a seven-member South Korean boy group, is the most popular K-pop band in the world. In October 2016, BTS was ranked first on the Billboard Social 50 chart, and won the Top Social Artist Award at the Billboard Music Awards in May 2017, the first Korean group to do so. This global popularity has been gained through the support of the group’s dedicated “ARMY”—Adorable Representative M.C. for Youth. In order to understand the global attention lavished on BTS, this study analyzes key factors contributing BTS’s success and the group’s impact on the lives of their fanbase. The findings indicate that ARMY’s online fandom activities (e.g., watching BTS contents on Twitter, posting comments) and identification with BTS have a positive effect on fans’ life satisfaction. In line with these findings, from the media studies perspective I will discuss how a media audience (ARMY) develops its relationship with a media figure (BTS) by introducing and integrating different types of media involvement processes—(tele)presence, identification, and para-social interaction.

Dr. Ha Sung Hwang (황하성) is Professor of Media and Communication at Dongguk University, Seoul. She earned her Master’s degree in Broadcasting, Telecommunication and Mass Media and her PhD in Mass Media and Communication at Temple University. Dr. Hwang’s research mainly focuses on the effects of social media, with a particular focus on individuals’ adoption of Social Networking Services (SNS) like Facebook and Instagram to examine the effects of SNS on individuals’ psychological well-being (loneliness/life satisfaction). To date, Dr. Hwang’s research has centered on the Hallyu (한류, Korean Wave) phenomenon in relation to the role of SNS, particularly as it relates to the popularity of K-pop among global audiences.

Join us via Zoom: https://ucsb.zoom.us/j/96206342156 BTS, a seven-member South Korean boy group, is the most popular K-pop band in the world. In October 2016, BTS was ranked first on the…
END_OF_DOCUMENT_TOKEN_TO_BE_REPLACED
View Calendar
Add